Philip Frederick Cormack was a British pilot, "killed in action" in his Sopwith Camel aeroplane on October 27, 1918, shortly before the Armistice. His body was reported missing and his name was applied to the Flying Services Memorial in Arras. His older brother Reginald was killed on July 1, 1916 and was also missing.  His name is listed on the memorial at Thiepval (Somme).

In 2009, a local Belgian researcher reported to the Commonwealth War Graves Commission that there was a P. F. Cormack buried in the French military cemetery at Machelen-Zulte (Belgium).  An investigation was started, and since this name appears nowhere in the French lists - except on the list of the cemetery itself – it was concluded that this was indeed the British pilot.

On Thursday, December 5th 2013, the French cross was replaced by a British headstone, and P. F. Cormack is therefore no longer missing. At the entrance to the cemetery is now the well-known CWGC green plate, because of this "Commonwealth War Grave". 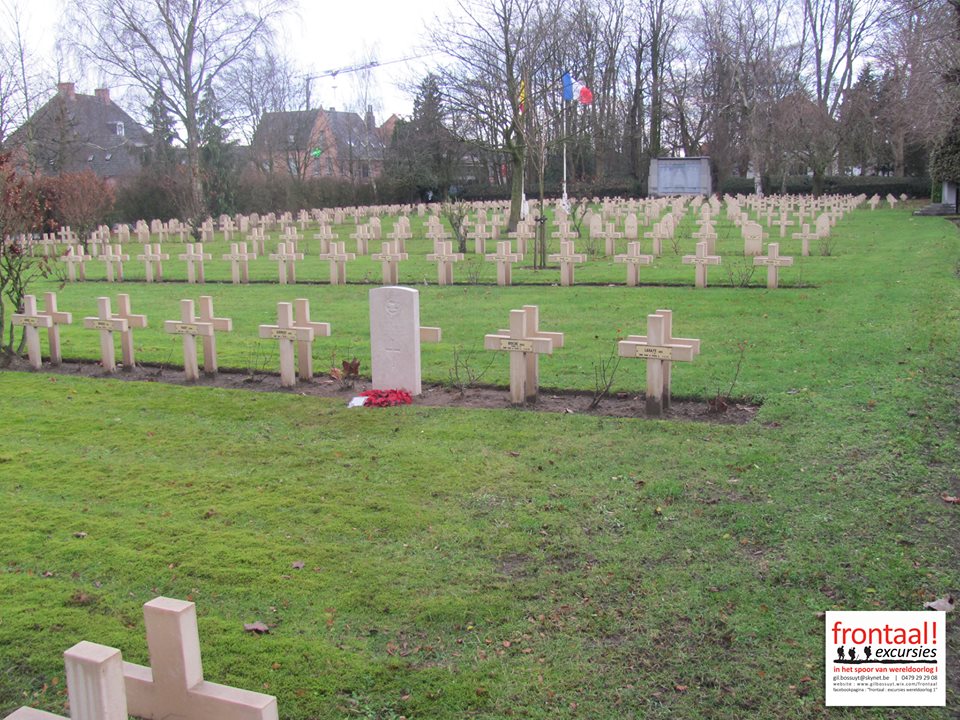