We know very little about John, from the CWGC ?Debt of Honour? we know that he was the son of the late Edward and Mary Jane Quinn, of Drumcondra, Co. Dublin, and from the ?Soldiers Died in the Great War? database we know that he was born and enlisted in Dublin. The 1911 British census has a twenty three year old, John Joseph Quinn, born Drumcondra, serving with the Royal Field Artillery as a Shoeing Smith in India, and it would seem more than likely that this is him.

He was entitled to the 1914 Star (presumably with Clasp & Roses, although there is no mention of this on his Medal Index Card as, I assume, there was no one to claim them) the British War Medal and the Victory Medal. 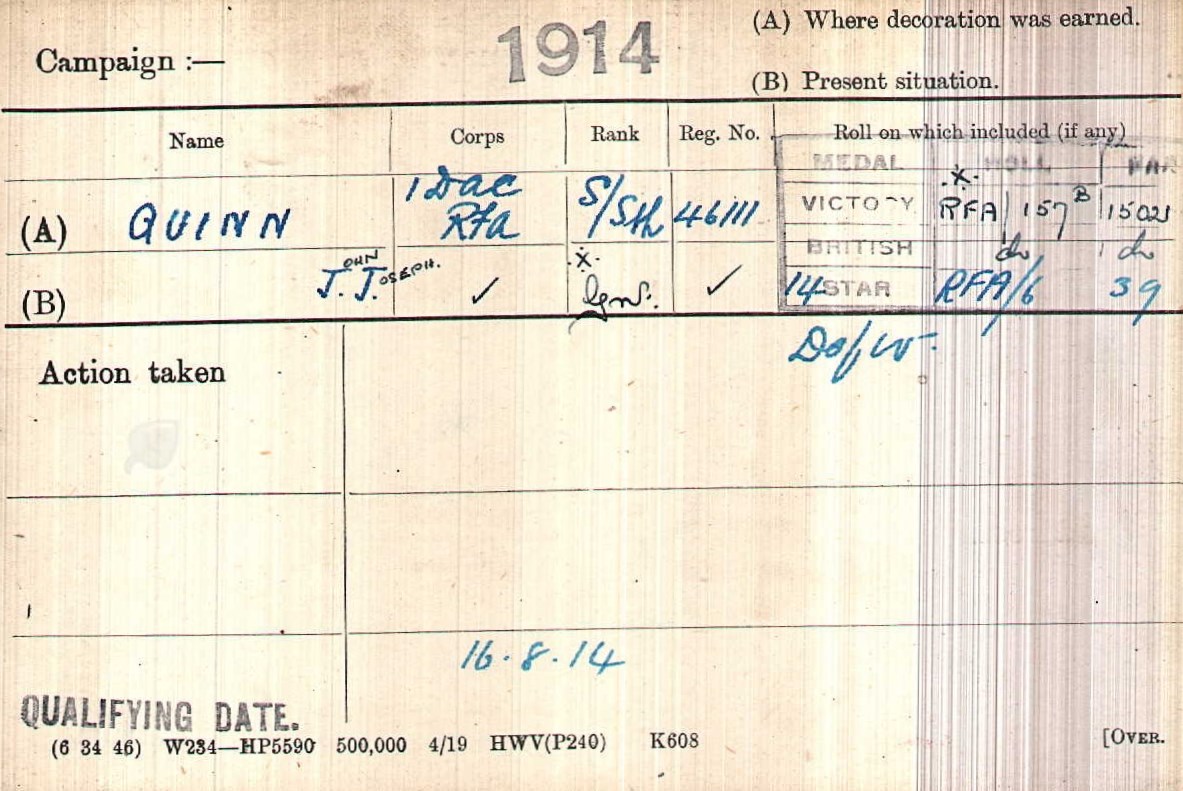